10 Historic Homes and Buildings in Michigan That You Should Visit

There are lots of amazing houses and historic buildings around Michigan. There are also gorgeous castles and mansions that are truly extra-ordinary and magical.

If you are a fan of amazing architectures, you will surely love Michigan.  And if you are planning to have a quick tour around The Mitten State, here are few of the historic homes that you might want to check out.

Initially designed for a prominent Grand Rapids clothier, the Meyer May House was purchased and meticulously restored by Steelcase and opened to the public in 1987. Today, complete with original furnishings and faithfully executed reproductions, the Meyer May house provides the rare opportunity to experience a Prairie house exactly as Frank Lloyd Wright intended. – meyermayhouse.steelcase.com

The Honolulu House Museum stands in the heart of Marshall’s National Historic Landmark District and is listed on the Historic American Buildings Survey.  The house was built in 1860 by the first U.S. consul to the Sandwich Islands.  For the next century it served as the residence of four Marshall families, until the Marshall Historical Society was formed in 1961 to purchase it and turn it into a musem.  Constructed of Marshall sandstone, the Museum is a wonderful blend of Italianate, Gothic Revival, and Polynesian architecture.  The Honolulu House is the headquarters of the Marshall Historical Society. – marshallhistoricalsociety.org

Saarinen House is Eliel Saarinen’s Art Deco masterwork and the jewel of Cranbrook’s architectural treasures. Designed in the late 1920s and located at the heart of Cranbrook Academy of Art, Saarinen House served as the home and studio of the Finnish-American designer Eliel Saarinen (Cranbrook’s first resident architect and the Academy’s first president and head of the Architecture Department) and Loja Saarinen (the Academy’s first head of the Weaving Department) from 1930 through 1950. The extraordinary interior, now impeccably restored, features the Saarinens’ original furnishings, including Eliel’s delicately-veneered furniture and Loja’s sumptuous textiles, as well as early furniture designs by their son Eero Saarinen.  cranbrook.edu 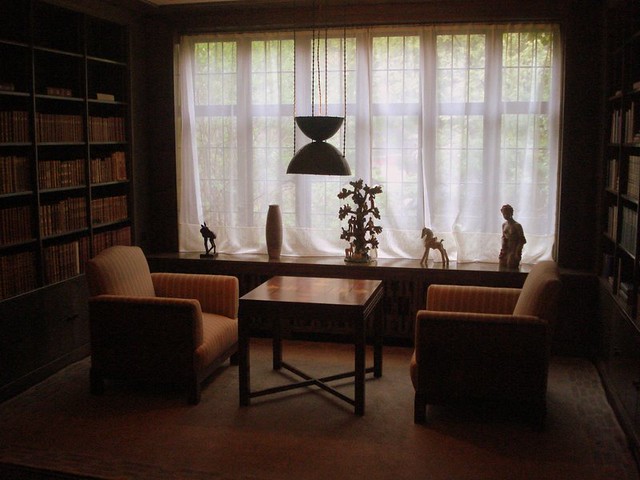 Edsel & Eleanor Ford House tells the story of the home life of a prominent American family. The Fords were cultural, social and economic leaders in an era of great optimism, as well as a turbulent time of economic depression and world war. They were nationally prominent and they owned more than one house, but Southeast Michigan was their home. Here they built their final residence along the shores of Lake St. Clair, at a place known locally as Gaukler Pointe. Their impressive yet unpretentious home is where they raised and nurtured their four children – Henry II, Benson, Josephine and William – in a safe and loving environment. It reflects their love of family as well as their mutual passion for art and quality design.  – fordhouse.org

The Whitney mansion is now world famous for upscale dining in Detroit.  Completed in 1894, the Motor City landmark retains the exquisite charm of Detroit’s early upper echelon as a venue for all to enjoy.

The Whitney now provides several unique features within the historical property: the fine dining restaurant, The Katherine McGregor Dessert Parlor, The Ghostbar and Gardens.  Each has its own unique appeal that guests come specifically to enjoy and sometimes find themselves wandering, spending hours frolicking in the enchantments of the estate. – thewhitney.com

Cranbrook House was the family home of Cranbrook’s founders, George and Ellen Booth, from 1908 until 1949. Today, the estate serves a dual purpose: Its gardens, works of art and first-floor treasures are preserved as a testament to the Booths’ gracious lifestyle, their interest in landscape gardening and their involvement in the American Arts and Crafts movement. Its upper floors house the executive offices of Cranbrook Educational Community, the world renowned National Historic Landmark cultural center the couple created on the grounds of their country estate. – housegardens.cranbrook.edu 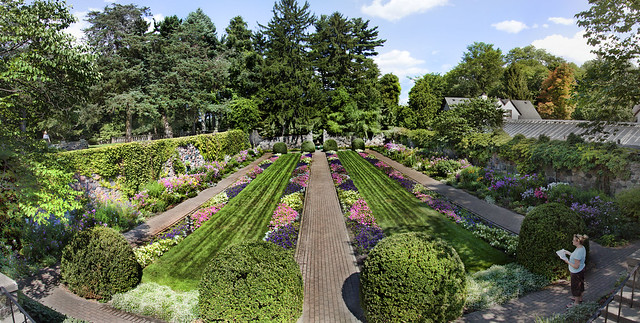 The year was 1908 and all over the Keweenaw Peninsula mansions were being built by the wealthy copper mine owners. But here in Laurium the largest and most opulent of them all was just being completed. Built for Thomas H. & Cornelia Hoatson, owner of Calumet & Arizona Mining Co., no expense was spared building this 45 room mansion. At a time when miners were making 25 cents per hour, this house was built at a cost of $50,000 and $35,000 of furnishings were added. The Hoatson’s owned this home until 1949. From 1949-1979 it was owned by Maynard & Jane Hurlburt. After the Hurlburt’s it went through a period vacancy with owners that stripped the mansion of light fixtures, furniture and stained glass windows. In 1989 Julie & Dave Sprenger purchased the vacant mansion and began the repairs and restoration need to open it as the Laurium Manor Inn. Since then we have continued to restore the mansion back into the spectacular home it was back in 1908 when the Hoatson’s moved into their new home. – laurium.info

W.K. Kellogg Manor House is the former estate of cereal magnate W.K. Kellogg and his wife, Dr. Carrie Staines Kellogg. Restored to its original grandeur in 2000, the home is rich with history and elegance with natural gardens around a lovely lakeside setting, making the Manor House truly a destination for all. The grounds include a carriage house with chauffeur’s residence, greenhouse with potting shed, caretaker’s cottage, boathouse, an authentic Dutch windmill, and a lakeside pagoda. We welcome tour groups small and large all year-round. Between Chicago and Detroit, the Kellogg Manor House is a wonderful day trip for those interested in history and historic homes. Spend the whole day on KBS property with so many things to do! In addition to touring the inside of the Manor visitors can walk along the lake shore using our historical walking guide to see each of the original structures. Just minutes away guests can visit the Kellogg Bird Sanctuary and Dairy observation barn. – conference.kbs.msu.edu

Fair Lane was much more than a simple domestic haven. It was a private laboratory space for Henry’s tinkering and discoveries, a canvas for Clara’s love of gardens, a retreat to discuss ideas with friends like Thomas Edison, Harvey Firestone and John Burrows, a hall for favorite pastimes like music and dance, and a place to gather the grandchildren to share their passions and dreams.

Built on 1,300 acres of farmland, just miles from Henry and Clara’s birth places, most of the estate’s original structures stand today, including the main residence, the powerhouse that supplied energy to the estate, the greenhouse for Clara’s extensive gardens, the boathouse and the stables

The home, one of the first historic sites to be designated a National Historic Landmark, has an eclectic mix of English castle and prairie style, mixing European grandeur and Midwestern charm. The grounds and gardens were designed by esteemed landscape architect Jens Jensen. – henryfordestate.org

Meadow Brook Hall is the historic home built by Matilda Dodge Wilson, widow of auto pioneer John Dodge, and her second husband, Alfred Wilson. Constructed between 1926 and 1929, it was the center of a country estate that included 1,500 acres, numerous farm buildings, recreational facilities, several residences and formal gardens. The rich Meadow Brook history spans from its origins with the Dodge and Wilson families to the founding of Meadow Brook Hall and Oakland University today. – meadowbrookhall.org

Now tell me, which ones of these historic homes and buildings are your favorites?

Most Romantic Holiday Homes and Hotels in Michigan